What is the Film Festival?
Each year, Richland Two provides a unique opportunity for students and district staff to share their story through video creation. We are excited to be in our 5th year and know this will be a bigger event this year. Our window of opportunity began on November 6th, where students can begin finding a school sponsor, complete the interest form and turn in permission slips. There are opportunities for every person in the district to enter, from Pre-K students to District employees.
The suggested categories to enter a film are as follows…
So, what are the benefits of creating videos?
I recently walked into a high school classroom where students were beginning the process of video creation. Their storyline was the same for all groups, reproduce a recent novel into a movie, but they were able to make some minor modifications to the plot, character, setting and story components to make it their own rendition. I felt some awesome energy coming from the students as they were collaboratively writing their scripts and planning for their videos. They were communicating to one another, building off of one another’s ideas, pulling in some “hidden” talents of their peers as they began to talk about the setting they would develop for their 6 minute video. When you think about the entire process of creating a video, developing a goal/idea, writing a script, determining the style of the video, storyboard both the scene and script, produce and edit a video...the skills students use is shocking. Yes, it takes time, but the rigor in their own learning and the grit/perseverance it takes to complete the process is awarding. Believe me when I tell you the excitement I felt and heard in this classroom versus other classrooms I visited, it would make you want to jump into this adventure too.
I am proud of the work the students put into their videos last year. Take a moment to click on the link to see last year's winning videos… 2017 Film Festival Winners


If you are a Richland Two Employee or student, here is some information you need to know. There are opportunities for every person in the district to enter…

Tell your students about the Film Festival today. Give them an opportunity to create an original works to tell their own story.

Popular posts from this blog

Reading with a purpose and teachers gathering data

In our connected world, people find themselves gathering information from online sources much more frequently than print sources.  Interestingly, the way our brains work to scan digital texts has changed based on the typical layout of websites that present information.  For example, our eyes are more likely to remain focused on the left side of a webpage, where menus and additional links are typically placed rather than scan the entire page fully.  Readers, young and old, typically scan pages in an “F” pattern, tracing their eyes along the text in heavy left-to-right patterns at the beginning of paragraphs but not throughout the entirety of the passage.  Source: https://www.nngroup.com/articles/f-shaped-pattern-reading-web-content/ This isn’t altogether horrible if students are simply scanning to gather rudimentary information but when we are asking students to complete sustained and detailed reading online, these habits suggest that a support for students may help them read more
Read more

The 5 steps of Focused Note-taking (with Google Slides!)

For years, the AVID instructional framework recommended a specific note-taking strategy, called Cornell Notes, to support students in processing the information they learn in class.  Recently, however, AVID revised the note-taking recommendations to be more broad rather than solely focusing on Cornell Notes. The new recommendation is that educators teach students to use a focused note-taking strategy.  This is fantastic because it allows for student choice and voice in how they process their learning and can incorporate technology in powerful ways.  This blog post will overview the 5 steps of focused note-taking along with some digital strategies that align with each step. Step 1: Taking the notes This is an obvious first step!  In this phase, students are capturing information using a method they feel most comfortable.  If students are new to taking notes, very young, or have instructional accommodations, teachers can just share the notes and skip step 1.  Plenty of learning, as
Read more

By Nikki Porter - September 20, 2018
We recently wrote a blog discussing the importance of creating digital learning spaces with our students. These relevant and meaningful ways of communicating online assist our students in learning to be responsible and effective communicators no matter the tech tool used. We want students to understand that the internet provides opportunities for connecting with like-minded people and collaboratively learning with others. We always hope that our students and children use good judgment when they are online, however, there are times when comments are posted that are hurtful and meant to humiliate another person. What is cyberbullying?  As defined by Common Sense Media , the use of digital media tools to deliberately humiliate and harass others often and deliberately. Cyberbullying is similar to face to face bullying. It can be harassing someone, pretending to be someone, or spreading rumors. The use of online tools enhances the embarrassment because it becomes more public
Read more 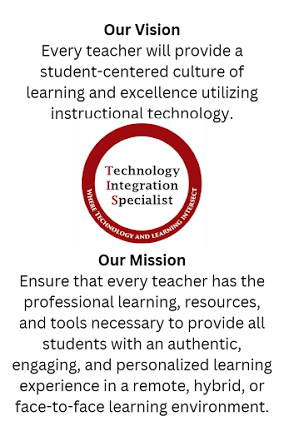